ACLU of Alaska Statement on Termination of DACA

Anchorage, AK — The Trump administration today announced the termination of the Deferred Action for Childhood Arrivals (DACA) Program. The DACA program has served as a critical lifeline for nearly 800,000 young immigrants, or “Dreamers,” who came to this country as children and know the United States as their only home.

The following is a statement from the ACLU of Alaska’s Executive Director Joshua A. Decker, reacting to the White House announcement rescinding the Deferred Action for Childhood Arrivals (DACA) program:

“Five years ago, the federal government made a deal with immigrant youth: As long as you pass a criminal background check you can live, study, and work here. Hundreds of thousands of young people came out of the shadows and accepted the government’s offer in good faith and worked hard to build their lives here.

“Today, the government and President Trump went back on their word, threw the lives and futures of 800,000 Dreamers and their families into disarray, and injected chaos and uncertainty into thousands of workplaces and communities across America.

“In Alaska alone, 138 of our neighbors used their DACA status to give back to our country in innumerable ways: they are our doctors, soldiers, and students. Our neighbors, family, and friends. 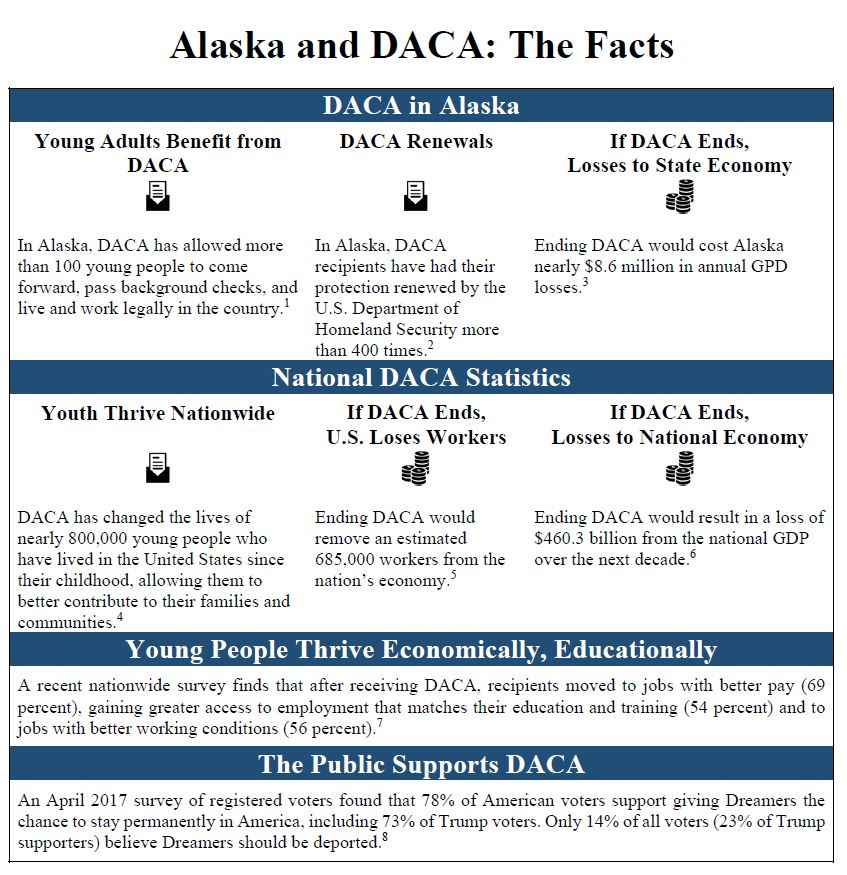 “Now, the fate of 800,000 young adults, who call this country their home, lies in the hands of Congress. Lawmakers such as Senator Lisa Murkowski, Senator Dan Sullivan, and Congressman Don Young must decide if they are on the side of Dreamers and our country’s foundation or on the side of the ugly forces that helped to end DACA.

“While this is a hard day for the immigrant community and America as a whole, we will continue to fight. Years of courage, sacrifices, and organizing won the DACA program in 2012. Nothing will deter these Americans and our allies in Alaska and across the country from continuing to fight on behalf of their futures and holding those responsible accountable.”