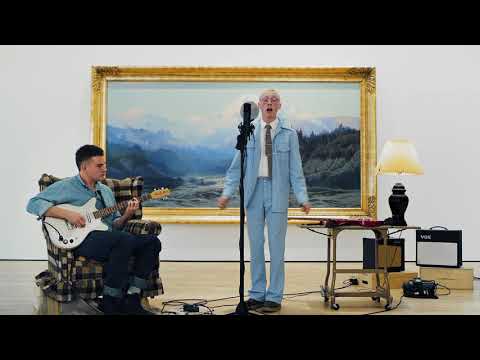 The ACLU of Alaska is teaming up with a few brilliant local artists to honor Transgender Awareness Month, and to stand in solidarity in the fight for equality. On Sunday, Nov. 24, Anchorage’s own Quinn Christopherson will headline the celebration at 49th State Brewing Company.

In his last show of 2019, Quinn will be joined on stage with Medium Build’s Nick Carpenter, after performances from Anchorage-based drag artist Josie Ana Poosiekat and experimental art rock band Kittiwake.

The ACLU, both in Alaska and nationwide, has been fighting for and defending the rights of the LGBTQ+ community for decades, and while we recognize the progress that has been made, we also recognize we have a long way to go.

This year’s Transgender Awareness Month comes at a time when the rights of transgender individuals are under attack, both nationally and here in Alaska.

The first transgender equal rights case, R.G. & G.R. Harris Funeral Homes Inc. v. Equal Employment Opportunity Commission, made its way to the U.S. Supreme Court on Oct. 8. The ACLU is defending Aimee Stephens, who was fired from her job at a Michigan funeral home because she is transgender. The Supreme Court’s decision will determine if transgender people are protected from discrimination under existing federal equal rights laws.

Alaska’s human rights law does not protect LGBTQ+ individuals from discrimination. While some communities – like Anchorage, Juneau, and Sitka – have enacted local non-discrimination ordinances (NDOs), all Alaskans have not been ensured of their equal rights protections. Even in communities with NDOs, protections may be incomplete.

For example: This fall, a U.S. District Court Judge ruled that a Downtown Anchorage homeless shelter could deny a transgender woman emergency housing based on her gender identity because emergency shelter is not covered by Anchorage’s NDO.

Earlier this year, several members of the Alaska Legislature co-sponsored House Bill 82 and Senate Bill 82, which would add non-discrimination protections to Alaska’s human rights law. However, the bill has yet to receive a hearing.

Alaska Attorney General Kevin Clarkson signed a friend-of-the-court brief in August, urging the country’s highest court to rule against Aimee Stephens and in favor of President Donald Trump and anti-LGBTQ+ organizations, in their efforts to continue the course of discrimination toward transgender, lesbian, gay, and bisexual individuals.

A Supreme Court ruling against LGBTQ+ people will give President Trump, Attorney General Clarkson, and other anti-equality individuals a license to take even more dangerous actions against transgender people, including denying healthcare or kicking people out of their homes.

If that’s not bad enough, the outcome could also open the door for employers to fire someone because they’re not “masculine” or “feminine” enough.

We all deserve a safe place to live and prosper, the Constitution guarantees it.

Please join us on Sunday, Nov. 24 in the Heritage Theater at 49th State Brewing as we stand together as a community to honor Transgender Awareness Month, learn from one another, and raise our voices.

For interviews with performing artists, please contact ACLU of Alaska Communications Director Megan Edge at medge@acluak.org or at 907-980-5630. Interested members of the media may be granted access, please RSVP ahead of time.

A Night of Performance with Quinn Christopherson

Know Your Rights: A Guide for LGBT Students